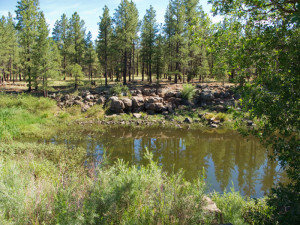 The Cheshire Wetland project covers the Rio de Flag reach from the Narrows Dam in Cheshire Estates to where Cooper Drive crosses the Rio and is part of the City of Flagstaff’s Rio de Flag Greenbelt Restoration Plan.

In October 2010 the Flagstaff Area Stream Team (F.A.S.T.), a volunteer group coordinated by David McKee, along with twelve members of the NAU Cottonwood Ecology Group, planted narrowleaf cottonwoods and arroyo and coyote willows along it banks, bringing the total number of plantings to 280. The goal is to restore vegetation, and to increase biodiversity of plants and animals.  Shrubs, such as wax currant and golden current, will be planted also, with a bench and interpretive sign overlooking the dam pond.

City signs for the “Rio de Flag Greenbelt: Please protect our plants and wildlife” have been posted on roads passing over the Rio de Flag: Fremont Boulevard and Peakview Street.

Map and directions to Cheshire Wetlands 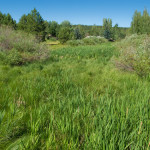 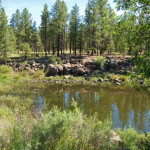 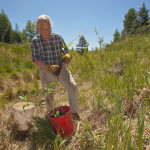 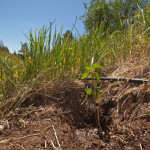 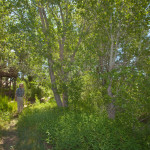 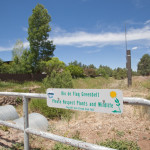