“Leroux’s spring is one of transparent sparkling water, and bursts out of the side of the mountain and runs gurgling down for a quarter of a mile, where it loses itself in the valley.”

On the 30th of June 2013, Big Leroux Spring — the “finest spring at the foot of the San Francisco Peaks”* — began to flow on the surface for the first time in modern memory. It had been diverted for human use about 150 years ago and had not “burst…out of the side of the mountain” in decades.

Why and how did this happen? The full story is told in a poster presented at the 2013 Biennial Conference of Research on the Colorado Plateau.

You are invited to visit Big Leroux Spring and see the water flowing from the spring box for yourself. Steve Monroe, a hydrologist with the National Park Service, has been measuring the flow of Big Leroux Spring since 2004. He found that it remains strong, between 7 and 37 gallons per minute (see data below).

All relevant Forest Service documents can be accessed here. In addition, check out other springs that feed into the Rio de Flag here.

* Cline, P. 1976. The Came to the Mountain: The Story of Flagstaff’s Beginnings. Flagstaff, AZ: Northern Arizona University with Northland Press. 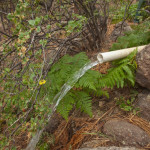 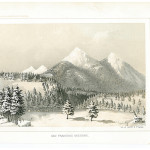 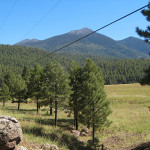 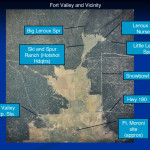 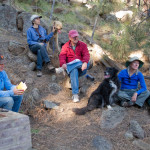 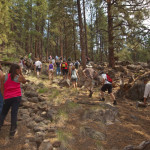 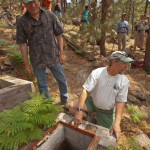 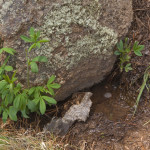 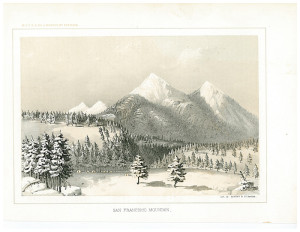 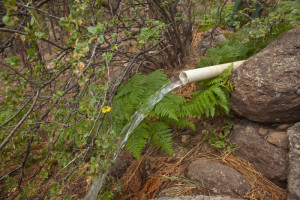 First water flows at Big Leroux Spring, June 30, 2013, turning the spring box valve allows some of the spring water to flow freely for the first time in over 100 years, Coconino National Forest, north of Flagstaff 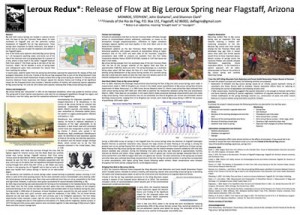