The Cheshire wetlands and pond was created in 1953 when CC Cheshire built a concrete dam at the head of the Rio de Flag narrows to provide water for his livestock as well as a fishing pond for his family. Upstream of the dam was a meandering Rio de Flag that cut through the meadow that is now the Cheshire neighborhood. The current wetland and pond is one of the few riparian habitats along the Rio de Flag, providing a focal point for biodiversity, bird watching, and recreation. The pond and dam are currently owned and managed by the City of Flagstaff and part of Cheshire Park. The FUTS trail runs along the pond and through a portion of the wetland. 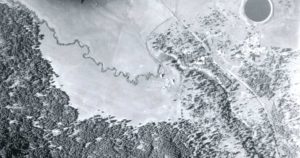 Figure 1 The Cheshire area in 1959. Note the dam and pond in the center of the photo and the meandering Rio de Flag that feeds the pond. The circle in the upper right is the North Reservoir for the City of Flagstaff.

Jesse Gregg bought land in what is now referred to as the Cheshire Estates in 1900 for growing hay, grain, and potatoes. In 1951 the ranch was sold to the C. C. Cheshire family who sold it for a subdivision in the 1960s. The meadow which is now Cheshire Estates had apparently a meandering stream running though it before settlement. It had several branches and at times flooded a large area. The dam was constructed between July and November 1953 as a livestock watering pond. The original pond had a capacity of 6.55 acre feet, the current volume is unknown but the dam does periodically over-top during snowmelt periods. The farm house, barn and sheds were removed in 2009 The area began development as Cheshire Estates in the 1960s and presumably the Rio was channelized into the current ditch before building began. Cheshire Park was dedicated to the City of Flagstaff in Houses along the Rio on Cooper Drive were constructed beginning in 1974.

History of “Cheshire Park Habitat Pond” Development: In 1996 a grant application from the City of Flagstaff to the Arizona Game and Fish Department, Urban Wildlife/Wildlife Habitat program. The proposal was for the “Cheshire Park Habitat Pond” to enhance about two acres of riparian area within the Rio de Flag floodplain and to promote the preservation and education value of an existing wildlife habitat. Negative impacts from trespassing, trash and general lack of public awareness about the importance of wildlife habitats threatened the beauty, integrity, and public value of this unique habitat type in Flagstaff. A map of the proposed site was drafted (11/26/1996, attached), and a proposal was approved by the City and submitted (11/27/1996). A grant for $11,700 was issued (4/13/1998) for the project from the State of Arizona to the City of Flagstaff. However, the grant was refunded to the State (11/28/2001) because of structural problems with the dam and concerns of adjacent property owners. Additional work was completed by the Flagstaff Area Stream Team (FAST) in 2011 and 2013 but little has been done since then due to lack of funding. 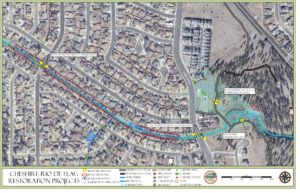 Figure 3. Restoration activities in 2013 along the Cheshire wetlands and pond. 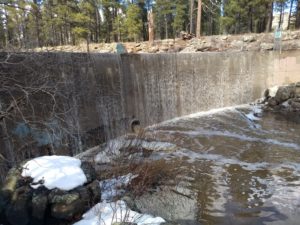 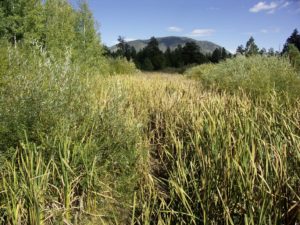 Figure 6. Looking downstream towards the pond from Fremont Street.