Forty two friends of the Rio gathered Thursday evening for an informative hike with Paul Beier, Regent’s Professor of Conservation Biology at Northern Arizona University. Paul guided hikers along the Rio de Flag in Sinclair Canyon, a section of the Rio that benefits from reclaimed water discharged on site which provides daily instream flows. This well-vegetated area is important site for wildlife and recreationists alike. 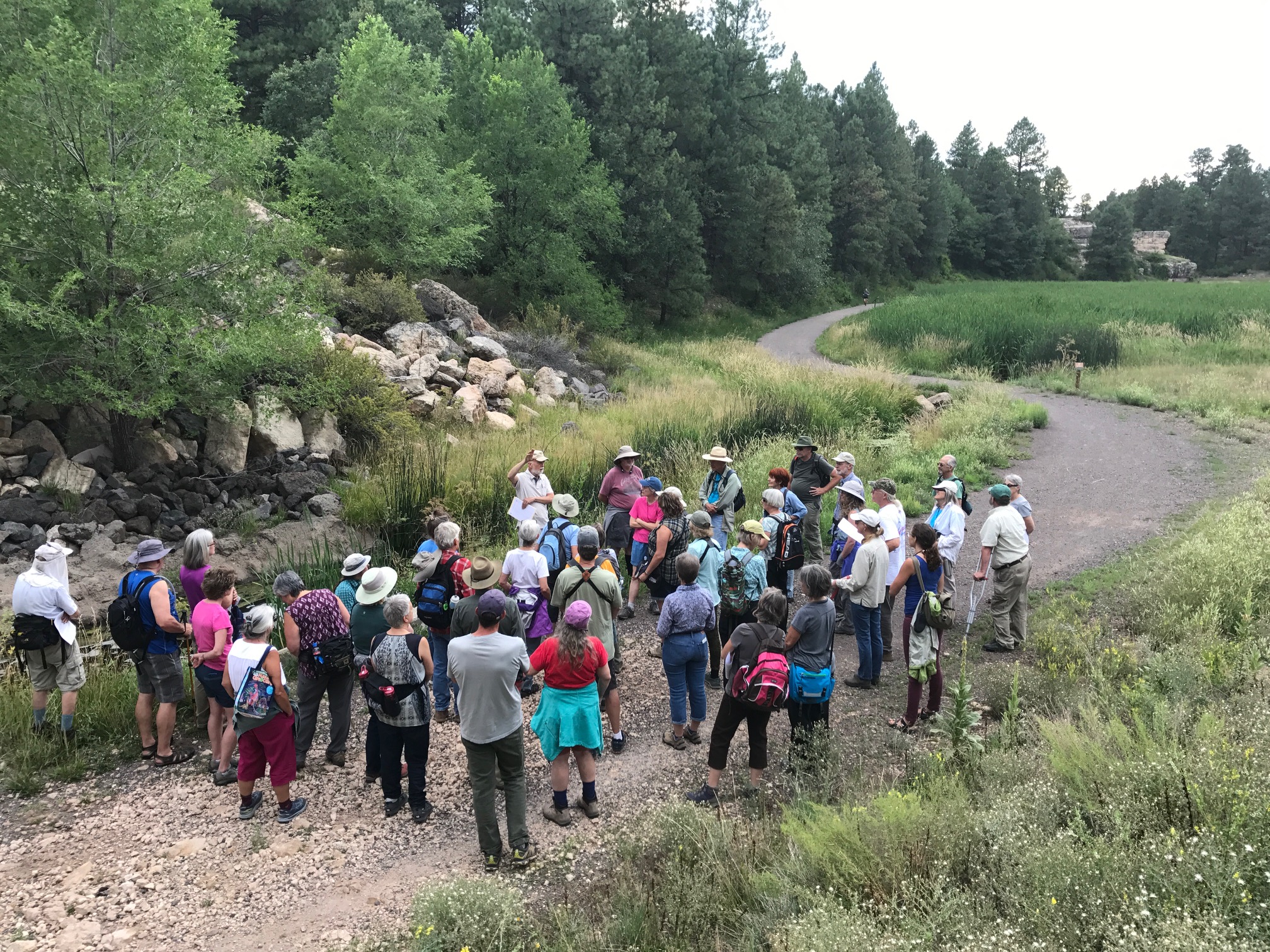 Paul Beier explains the benefits of reclaimed water for wildlife to Friends of the Rio on August 4th, 2017.

During his tour, Paul described  the potential for moving the discharge point for reclaimed water that is released into the I-40 wetlands in Sinclair Canyon. Moving this discharge point upstream about a mile could create a perennial section of the Rio de Flag that would be an asset for Flagstaff. Perennial streams offer ecological benefits as well as social and economic benefits. 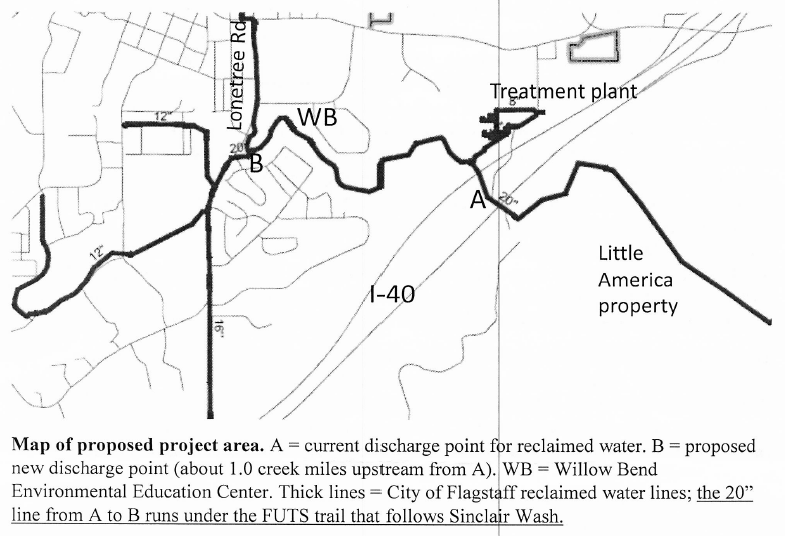 Map copied from a handout provided during the hike.

A few issues need to be addressed before this project could move forward. First, a permit holder would be required to record daily flows and sample weekly for chlorine. The City of Flagstaff could hold the permit, but this would increase the project cost tenfold or more. Selecting the most appropriate permit holder will be an important first step.

Second, a desired flow would need to be determined. The City of Flagstaff and Arizona Game and Fish currently have an agreement to release 100 gallons per minute (gpm) into the Rio de Flag at three sites (including the one at the I-40 Wetlands) to support instream flows and habitat. Would moving this discharge point require additional gallons of water released?

Finally, the engineering design would need to be selected. The project might be able to utilize an existing reclaimed water line at Lone Tree Road, but this would limit the amount of water delivered to the new discharge point to just 100 gallons per minute. Another option would be to install a new pipe to deliver the water.

Paul will continue to explore the possibility of moving this project forward with his next step being the crafting of a proposal that addressed the motivations of the project as well as the issues described above. Follow this link to view a handout from Paul that summarizes this project.

We would like to send a big thank you to Paul for leading this interesting hike, and another thank you to all of those folks who came out to learn from Paul. We look forward to seeing you next time along the Rio!